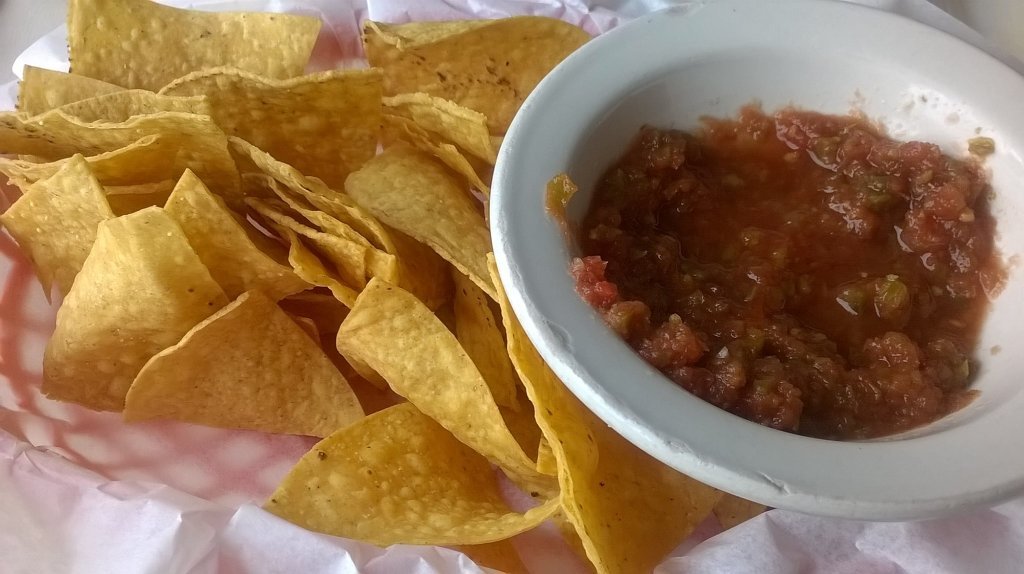 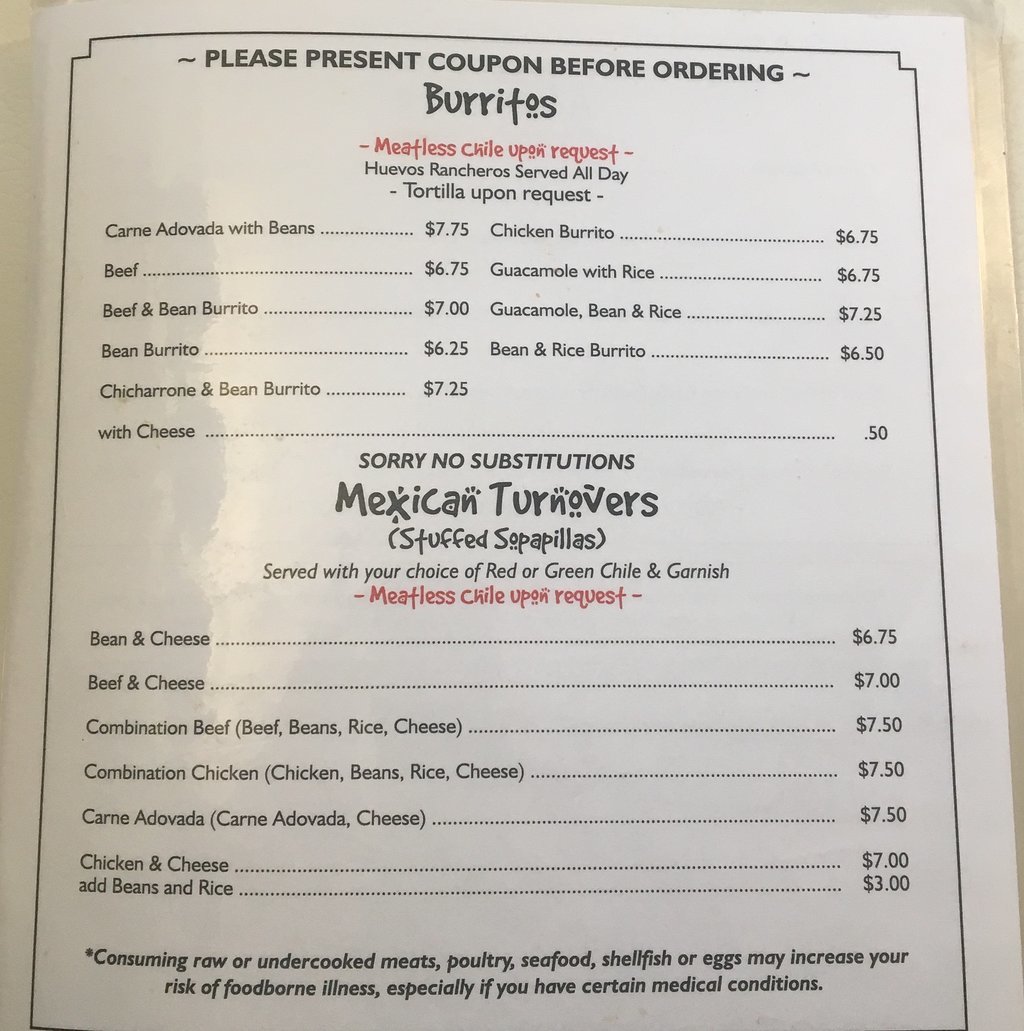 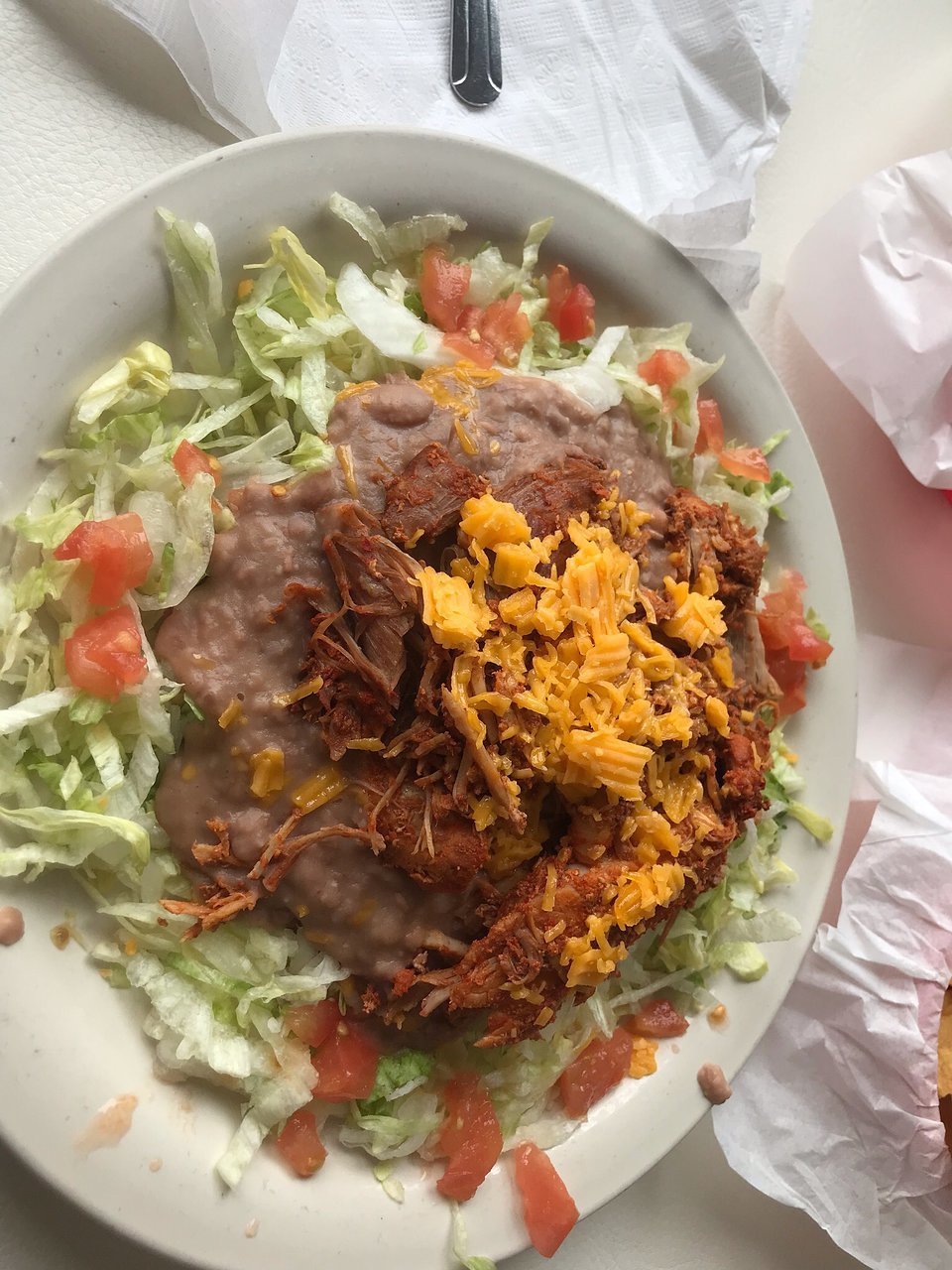 How do you make your carne adovada?

Ma'am I'm just the guy who loved their food and then left a good review. Really good carne adovada right?You'll have to go down and ask them yourself about cooking tips. The family is running the restaurant and they are very friendly, although they may not want to give away any family recipes.

Does this place serve beer or alcohol?

No beer or alcohol

Are you close to airport?

Not exactly close to the airport. 30 min drive I'd say depending on traffic.

Do you have private meeting rooms? If so, what is the charge? We are a non-profit professional group looking for a new place to hold our monthly meetings. Thank you.

Do they make and sell empanaditas?

That they do! I recommend the carne adovada empanada.

Do you have a liquor license? Do you allow BYOB?

I do not believe so but I may be wrong

Good afternoon. Do you cater or prepare larger quantities for pick up? Thanks, Kristin

I dont know about catering. The do fix orders to go. This is a small family owned restaurant and they are very nice. Call them and ask. Food is great!

The food was amazing!! 10 Stars. I ordered ahead and picked it up to go. I loved everything about the inside while I waited a couple of minutes for them to check and make sure everything was right. Everything was better than right. It was all perfect. Everything we ate including the cake. The staff were warm and inviting and the food is the best New Mexican food I've had. Thanks!

When we arrived in Albuquerque, our first meal was here, and when we left New Mexico, we choose to come back again: the food was wonderful and the owner and staff open and friendly.

Short and sweet... great food, great price, nice staff and delicious food. It's a must try if you are in Albuquerque!

It’s always a wonderful experience to eat at Mary and Tito’s: delicious food and friendly excellent service! The red chili enchiladas and the Mexican Wedding cake are my favorites. Local family business providing consistently great food with a smile - it doesn’t get any better than this ❤️🌶

Food was a hit with the four of us. The green chile was especially yummy. Very reasonable prices - about half what you'd pay at any of the cookie cutter chain restaurants. Wait staff was stiff and curt with our first time party, but seemed friendly and helpful to some of the other patrons. Parking is limited in a mostly dirt lot, with a few paved spaces on each side of the building.

Place was great and friendly service and staff. The food was great and their red and green chili was good so we order extra and took that home with us, so we don’t mind being back soon and try something different on the menu

Was told to go here by a waitress at high noon. Very good. New Mexican at its finest

As a transplant to NM, I find a lot of the restaurants specializing in New Mexican food to be underwhelming, but not Mary & Tito's. If I want to introduce visitors to true New Mexican food, I take them here. My favorites are the beef sopapillas, red chile sauce (the stuff you dream about), & Mexican wedding cake.

This place is consistently amazing, always busy, the people who work here are very friendly. I love their chile, but this place is not for the meek. The chile is hot and they are justifiably unapologetic. They proudly display their James Beard foundation award on the wall. They earned it.

We stopped in for breakfast recently and everything was perfect. The food and service were excellent. You can't go wrong going to Mary & Tito's Cafe!

The best breakfast in Albuquerque hands down. Great people, great food. It's always a must when I come into town.

Try their food. It is so yummy. Especially the red chili. Their service is fast. All the workers are sweet. You'd get to know them like us. They sure do know what we always want. We love this place and I'm sure you'll love it too. 😊

Enjoyed a family meal on Tuesday afternoon. Food: The kids raved about their burritos, claiming they were the ‘best ever’. I tried a pork with green Chile dish, it was tasty with a spicey zip.Location and service: Local / modest interior, and the lady serving our table was pleasant and professional.

The best red in NM. Really. An Albuquerque treasure.

At the moment you arrive in that place the waiters give you a good feeling. Very comfortable stuff, it is a lovely place to go out with buddies or with your date. delightful meals, experienced chef, decent pay and professional service. Warmly recommended.

Amazing hole in the wall family run Mexican cafe. Delicious no frills food and friendly staff. Had an amazing lunch there! Will be a new must for me when in Albuquerque!

The red was deep, dark, and delicious. The green was a tart, bright counterpoint. I got the combo with a relleno and loved everything I had.

Some of the best inexpensive food in ABQ. The breakfast burrito was great and the wedding cake was even better.

At the moment you arrive in that restaurant they give you a pleasant feeling. Very warm waiters, it is a nice place to to go out with friends and colleagues or with your date. Excellent meals, talented chef, reasonable pay and excellent service. Warmly recommended.

That red sauce! Order extra on the side. Just get me a funnel of that stuff. Oh and the wedding cake is worth trying, never had anything like that. Very unique cake.

We love eating here! Their chile is delicious and spicy without being melt your face off hot. Their carne adovada chimichanga with red chile is to die for! Best part is that everyone in my family has something on the menu they like, which is a tough challenge when you have 4 kids! Oh, and their beans are the best I've ever eaten.

A great family owned New Mexico restaurant! Their stuffed sopas are yummy they are like huge empanadas!! They even provide complimentary chips and salsa! Give it a try! Prices are good!! People are very friendly!!

Excellent. Had time for a quick lunch... ordered lunch special, food came quick and was wonderful. < $8

Great service and food. Loved the green chili sauce!!!! Only reason I didn't give 5 stars is because they were out of the wedding cake and I was looking forward to trying that so much!!!

I enjoy supporting local businesses, so I tried this restaurant. The food wasn't great, TBH. The tortillas were store bought, portions are small and uninteresting. The server wasn't very friendly, barely passable. Parking lot is small too.

Thank you Mary and Trio's for an Amazing lunch. Delicious Authentic New Mexican food! The Red and Green Chile made to perfection. Most definitely one of the Best restaurants in NM 👐

This is a classic example of a hole in the wall. It's in a small building with a small parking lot, and kind of in a weird location that doesn't seel like a restaurant should be there. Food isn't too expensive, but portions are small for what you pay. I ordered a stuffed sopapilla, but it was only about half full of meat, and several bites had no meat in them at all. I also paid $3 for a side of beans and rice that was pretty pathetically small. It was a tiny plate with both, and the portion was so small it could barely even be considered a kids portion. Food was okay, but I don't expect to have to order extra sides for a meal, and still be hungry when I leave the restaurant.

Authentic NM fare at great prices. Listen to the waiter when he says chilies are hot today. The burn varies from day to day.To bad they ran out of the famous wedding cake.

Mary & Tito's is always great.They are a "must go to" restaurant any time I'M in Albuquerque now..the food is great as is the service..

Expected more from the reviews. Service was okay at best. Might give it another shot and review again.

Good solid food - chile had great flavor. Friendly service. Nothing fancy or upscale, but good food and not at all expensive.

One of the better family restaurants left, everyone was so kind and friendly. We had a bunch of kids with us between the families and they loved them! We felt like family when we left. Fresh ingredients, mind blowing flavor, and affordable.

We arrived at this restaurant for lunch. This place was recommended to us by a friend. Well, we were not disappointed. The staff welcomed us with a smile and we felt excellent. The food was just great. We loved this spot very much and we shall absolutely come back again. Warmly recommended.

The most casual, but reliable New Mexican food with friendly, family-based service. Carne Adovado. In many ways. Need I say more? Get it. Often.

Your question has been sent.

Your review has been submitted.

Want to order over the phone?

Thank you for being with us!

We will call you back!